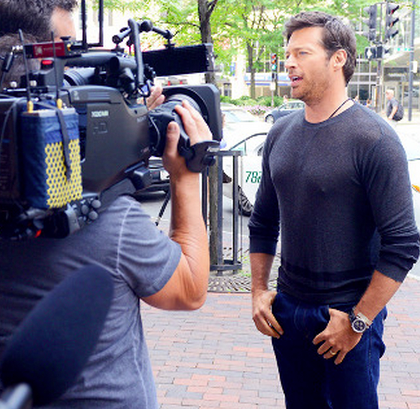 In the fall of 2016, Connick debuted his own nationally syndicated daytime television show “Harry” – a show which reflects the unparalleled hosting and entertainment skills of Connick as well as his broad career in music, film, television, and Broadway. In 2013, he joined the judging panel of “American Idol” alongside Jennifer Lopez and Keith Urban. Connick began making his mark in the world of television at the turn of the new millennium: he was a lead actor in ABC’s “South Pacific”; and then scored a recurring role in the groundbreaking sitcom “Will & Grace”; and graced audiences with his musical talents in several primetime specials including “When My Heart Finds Christmas” on CBS and “Harry for the Holidays” on NBC and his Emmy-winning, PBS specials “Only You in Concert” and “Live in Concert on Broadway.” In addition, “The Happy Elf,” based on a Harry original Christmas song was animated for an NBC television special.